The other day I was honored to be a guest at a plant-based diet panel. At this panel, the organizers presented the basics of a plant-based diet in a fair and impartial manner, with a suggestion to the visitors to give this diet a fair try.

One of the organizers is a nutritionist who works at an institute of science. From her perspective, she presented potential fears about a plant-based diet and solutions to overcome them.

As much as I support this kind of initiative and the goodwill of the organizers, I have to remain objective and at my standpoint that the most important is to offer accurate information.

The nutritionist’s speech was riddled with misleading statements, misinformation and a general misunderstanding of diet and health. I repeat, the nutritionist has done her job properly, but unfortunately it seems that the teachings on which she based her presentation have a lot of room for renewal and upgrading.

No, this is incorrect. I understand that this statement was made in the best intention of pointing out the non justification of consuming calf food, but it is incorrect.

My guess is that the nutritionist came to this conclusion by comparing the same weight of milk and sesame. A typical misunderstanding of nutrition…

The body does not assimilate grams from food, but rather calories, so the comparison is only accurate when comparing the same caloric value of different foods.

Cow’s milk is the perfect food for a calf that will increase its weight during the first year of life tenfolds and, in proportion to this growth, provides the amount of Ca and proteins that can support this kind of rapid growth.

On the other hand, human babies triple their weight in the first year and unlike calves, the emphasis is on the brain development, and consequently it is ensured that human breast milk has higher levels of Mg and lower levels of Ca and protein compared to the food for calves.

Feeding a human baby, and grown up humans for that matter, with the food for calves, is like preparing the baby to run in the meadow instead of going to school.

Also, it is important to understand that the point is not to bring in as much Ca as possible but to reduce the intake of proteins that are bound to acidic minerals, which are found in meat, milk and grain products, since these kind of proteins withdraw Ca from the body.

⦁ The fear of insufficient protein intake on a plant-based diet is not justified, because we can get proteins from plant foods just like from meat.

Meat proteins cannot be found in plant foods, but this is exactly what is good, as studies show that animal proteins are carcinogenic in the human body and cause so-called autoimmune diseases as the body starts attacking its own proteins that resemble those from food of animal origin.

So the real argument would be: a plant-based diet is superior to an animal-based diet because there is NO intake of health-wise dangerous animal proteins.

No, this is incorrect. It is known that the body divides proteins from food into amino acids, stores them in, so to speak, a pool of amino acids, and then uses them for making protein chains as needed. There is no need to intake all the amino acids in the same meal. Further, cooked proteins generally, in this case suggested from cooked grains and legumes, are denatured proteins and thus toxic.

We get already divided amino acids from ripe fruits and vegetables.

⦁ Macrobiotics is a diet of fermented grains and legumes.

⦁ The Mediterranean diet is the healthiest.

No, this is incorrect. The healthiest diet is the one that most closely matches the anatomy and physiology of the human body, which is the diet of fresh fruits and vegetables.

No, this is incorrect. Every oil is extremely toxic to the endothelium, that is the internal walls of the blood vessels.

⦁ Dietary fibers from fruits and vegetables maintain a constant level of insulin.

Yes, this is correct, but it’s important to note that this applies only to low-fat diets because excessive dietary intake of fat prevents insulin from working properly.

⦁ Animal foods are the only source of Vitamin B12 and Vitamin D.

No, this is incorrect. Animal food is a second-rate source of Vitamin B12 and Vitamin D, with all the associated negative effects of the animal protein, cholesterol and saturated fat intake.

Vitamin B12 is a product of bacteria, and vitamin D is the product of chemical reactions between the vitamin D precursors from the sun’s rays absorbed into the skin and cholesterol in the body.

This is a very light-hearted and dangerous statement because no supplement, except perhaps B12 methylcobalamin, is something that should be played with so lightly. Tests show the toxic effect of vitamin D supplements. Of course, there is a justifiable situation for this supplement, but it is dangerous to generalize.

⦁ A higher intake of omega 3 fatty acids should be provided.

Avocado and soy are sources of omega 6 fatty acids, and fish oil, like all oils, is toxic to the internal walls of blood vessels. Moreover, fish oil is excessively saturated with omega 3 fatty acids – which can cause hemorrhagic stroke, as well as ingestion of mercury and other toxins from the aquatic environment of fish.

No cooked food can technically be whole, since it is deprived of, at least, water and certain vitamins. But nutrients that cooking removes from food, is a minor problem in comparison to the toxins created in the process of cooking.

That was the misinformation given. In addition, the nutritionist provided plenty of correct and useful information.

However, this misinformation has far-reaching negative consequences:
⦁ If someone in the audience was an advocate of a very dangerous a keto diet, and if this person really understood nutrition, he or she would have many opportunities to point out inaccurate information during the presentation and thus practically close the lecture;
⦁ The presenter’s diploma in nutrition gives credibility that most audiences will believe in without pausing for a second and thinking about the accuracy of the statements;

All this misinformation is just some of the consequences of inaccurate teaching at, with all due respect, the College of Nutrition and Dietetics. Having said this, I do not want to criticize, but rather to encourage and offer a reform of nutrition studies according to fresh and objective science. 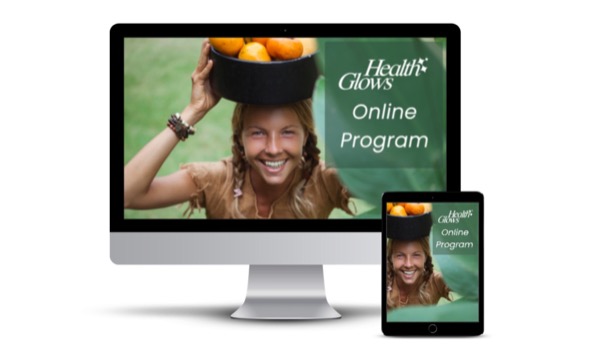